By Natasha Livingstone For The Mail On Sunday

Videos posted on the social-media platform show people using needles to inject dots of henna or black ink across their nose and cheeks, which is believed to have been inspired by the Duchess of Sussex’s natural freckles.

But clinics have reported an increase in the number of women needing expensive tattoo removal treatment after botched jobs that trigger allergic reactions and run the risk of permanent scarring.

Laura Kay, a London-based permanent make-up artist who specializes in applying eyebrows, eyeliner and lipstick, said: ‘I wouldn’t advise that you get tattoo freckles done. People who do tattoos at home without a license are known as scratchers, and that’s not legal.

‘Tattoo artists must have a license, and DIY tattoos pose a real risk of HIV or hepatitis.’

Bottles of black ink, advertised as ‘DIY Tattoo Fake Freckles’ sell for as little as £5.70 online, while plant-derived henna can irritate the skin.

Australian reality TV star Tilly Whitfield went viral last year after her DIY attempt at fake freckles, using lead-based ink copied from TikTok, left her with permanent scarring and temporary loss of vision in one eye. And one young British TikToker who attempted henna freckles said it took hours to rub the black stain off her face.

‘I used the wrong henna – it came out darker than expected,’ said the girl, who asked not to be named following online abuse when she revealed what had happened. 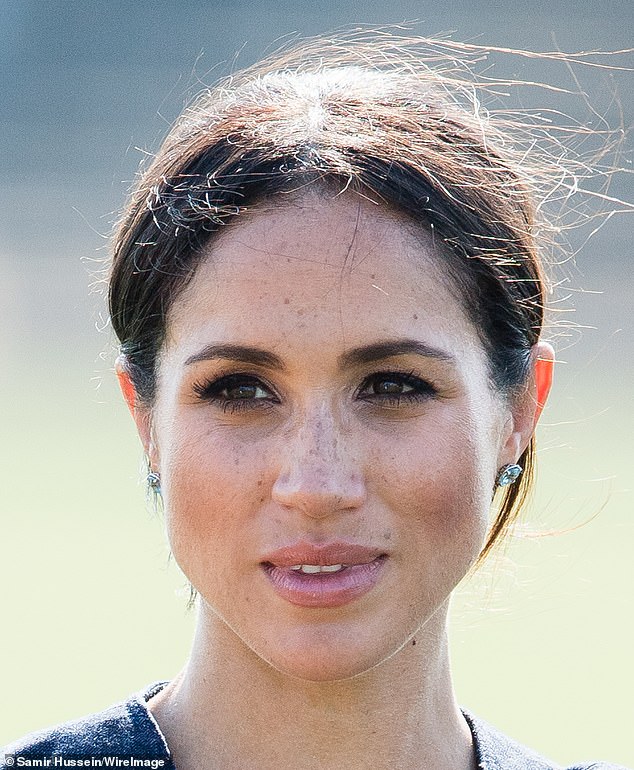 Permanent make-up specialist Sian Dellar, who is based in London’s Harley Street, said most of those applying fake freckles were aged 18 to 25, adding: ‘There was a time when people wanted to hide their freckles, but now people really want them and it was Meghan Markle who sparked the demand.’

Ms Dellar offers a semi-permanent ‘Markle Sparkle’ treatment – costing £295, it creates a dusting of freckles along the nose and cheekbones. But she cautioned against people trying it themselves at home. ‘DIY tattoos carry a huge risk of infection and could cause serious scarring,’ she said. ‘We’ve seen an increase in laser tattoo removal at the clinic when these DIY tattoos have gone wrong.’

Freckle removal can involve several skin-repair sessions, each priced at more than £300.