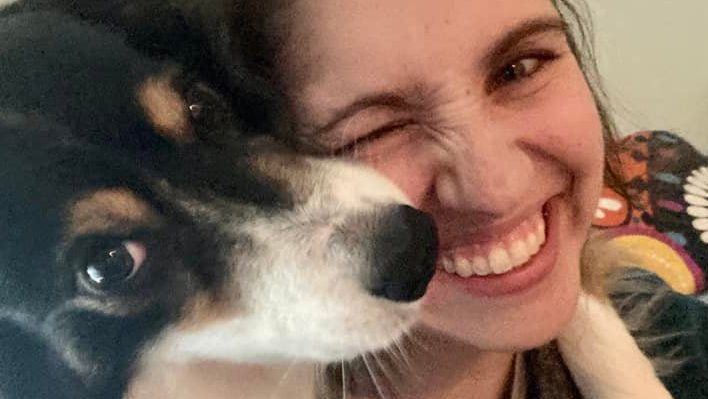 I was scrolling through posts on Facebook from dog trainers sharing stories of sad and scary situations with animals being mistreated because their human guardians had taken bad advice.

I remembered very clearly some bad advice I was given years ago when I was training hearing dogs in a volunteer program sponsored by a local Lions Club.

The dog was a young terrier mix; From the animal shelter like all of our recruits, he came to us background unknown. He was unwilling to walk on a leash. We were discussing his potential when someone, I’ve fortunately forgotten who, dropped the bad advice that I have not forgotten.

With the assurance that terriers are tough and stubborn, the advice-giver cheerily stated: “When he refuses to walk on leash, take off walking yourself and, no matter how he struggles, don’t stop. Pull or drag him behind you until he gives in.” Eventually, the advice-giver guaranteed, “He’ll get back up on his feet, he’ll follow you, he’ll be walking on leash, and you win.” It sounded simple, even quick.

I admit that I considered it, until I played it out in my mind’s eye.

It made no sense at all.

I wanted this dog to trust me, to trust other humans, to learn that it was safe to be with us. . . and that training could be fun. I didn’t see how trust could be developed by bouncing a dog behind me until he gave in, by risking that it might hurt him physically, as well as emotionally. That was not fair to him.

The dog was not defying me. He simply didn’t know what was expected.

He was not stubborn. He was afraid.

I asked online for other trainers to talk about the worst advice they’d ever been given about a pet and about the choices they made instead. Here are some of their responses:

Elle Harris (Nevada) Don’t begin training and socialization until after your dog is vaccinated.

Katt Patt (Washington) Cats need to be able to go outside or they will go crazy.

Carol Byrnes (Washington) You have to teach your dog to take a correction or they’ll never be reliable.

Lili China (California) Don’t let your dog sleep in your bed with you. This will make him more dominant.

CC Harrison (New York) When they aren’t listening to you, pin them on the ground so it gets their attention.

Christina Boling (Florida) Mine is specific to my dog— he was a difficult puppy and everyone told me to give him back to his breeder (because it was “clear I couldn’t handle him”). He is six years old now and we’re the best of friends. 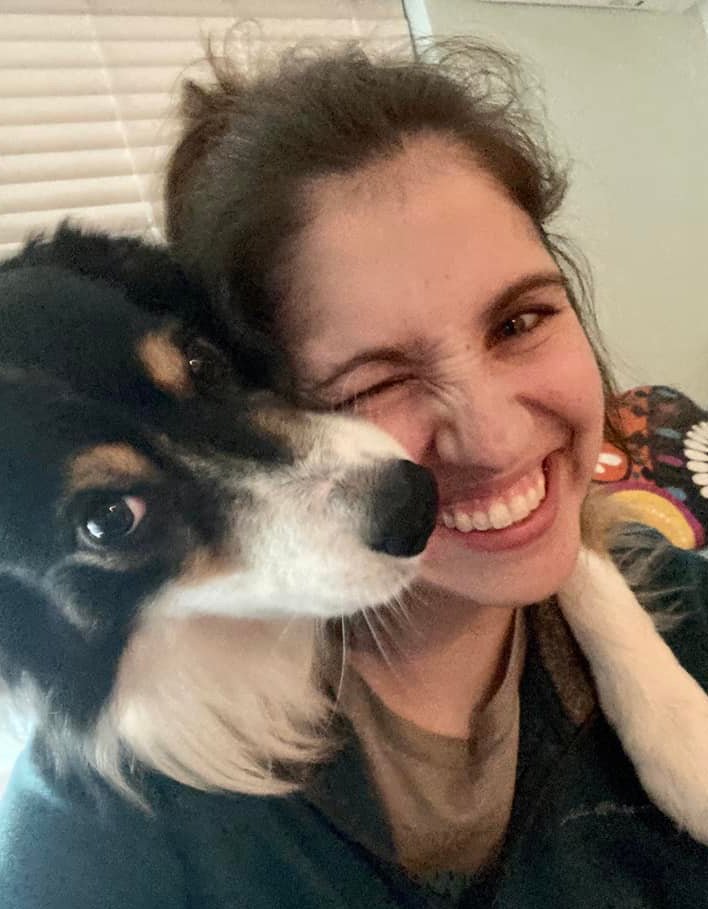 Susan Ewing (New York) One of my corgis needs fairly expensive medicine monthly. My friend told me to get rid of him!

Robert Nelson (Washington) Years ago, I was complaining at work about some neurotic behavior my dog ​​was exhibiting. A coworker (from Montana) said, “I’d shoot that dog.” I decided that was probably not the optimal solution.

Wendy Acosta (Hawaii) “You don’t know now if she’ll be a good dog, so put her down,” a vet said after our new dog was hit and dragged by a car, peeling her leg. “So if I don’t know if my kid will be good, I should put them down?!?” Drove all night to my childhood vet. Had that dog 18 years. Best dog ever.

Trish McMillan (North Carolina) When I got my first puppy, all the advice said not to even start training until they were six months old and their neck was strong enough to handle a choke chain correction. My six-month-old puppy spent her whole first class screaming and trying to climb me like a tree because she probably thought, until then, that she was the only dog ​​on the planet. Thankfully, we know better now!

Alison Reder (Missouri) “Your older dog will teach your new puppy everything.”

Donna Weidert (Washington) “BE IN CHARGE OF YOUR DOG OR HE WON’T RESPECT YOU!” And yes, that advice was given at the top of someone’s lungs. Gratefully, I already knew better. Even as a complete newbie, I thought that sounded like hogwash.

Don Hanson (Maine) My wife and I had just purchased our first puppy as a couple. Gus was a 12-week-old puppy who had no clue what “sit” meant. My wife and I were equally ignorant about training a dog. The two instructors in class told me to ask Gus to “sit.” Gus looked at me and looked all around the room, but he didn’t sit. One of the instructors said that Gus was being dominant and told me how to become “alpha” by alpha rolling him. I stupidly followed her instructions and then had a growling, thrashing puppy biting at me. After which, I was told, “Grab his muzzle and hold it shut.” A little voice in my brain said, “Noooooo,” but I thought this person was a knowledgeable professional and did as I was told. In an instant, Gus bit into the palm of my hand, and I released him as I started bleeding all over the place. While I regret every instant of that class, it was a driving force behind me becoming a pet professional and learning how to do it right, with no pain, force, or fear.

Steven Cogswell (Colorado) Trainer: “Does your dog always give you the middle finger like that?” Me: “Excuse me?” Trainer: “Does your dog always flip you off like that? When you gave him the command and he didn’t do it, he just told you to eff off; he doesn’t respect you.” Later, a much better trainer explained to me: “If your dog doesn’t respond to a cue, either he doesn’t understand what you’re asking (needs more clarity in training), what you’re asking for is too difficult for him right now (training steps need to be broken down), or there’s something more interesting going on (reduce distractions in the environment or up my treat game). None of that has to do with his “respect” for me, and all to do with me cleaning up my training.

Michelle Brady (Washington) Many years ago a friend of mine rescued a husky mix who was a bit . . . crazy. This was her first dog and I went with her to dog training classes. First thing the instructor did was put a pinch collar on the dog and popped it to stop him from pulling. [The instructor] also told me to “alpha roll and bite his ear” when the dog wouldn’t stop mouthing me. Sadly, my friend listened to the trainer and we didn’t stay friends for much longer after that.

Teresa Tuttle (Texas) A local trainer, retired police K9, was asked to evaluate a fearful dog. He stepped out of his vehicle in full dress, beating his baton on his leg as he approached the dog. The dog grewled and he told the owner to “put it down.”

Risë VanFleet (Pennsylvania) [I was told] that I should never let my dog ​​be around or work with children. [That] was stated by a P+ trainer who met the dog for five minutes and told her son and husband to provocatively stomp at the dog and make growling noises. (I was not a client of hers and had just been introduced to her by a rescue owner.) I immediately took the dog and put her in my car. That dog was super with kids of all ages and was an absolute gem working in therapy with kids and families. She was highly sociable and showed interest in everything clients would do. A very stable dog.

Donna Furneaux (Ontario) If they poop in the house, shove their nose in it. “BAD, Bad, Bad!” Someone told us that when I was 15, over 60 years ago. The next dog I had trained quickly—mind you, I had a degree in psychology by then. Easy peasy.

Diane Gray Constable (Michigan) Stomp on the back feet when she jumps up on you. “Alpha roll” to get the dog on its back in a supposedly submissive position. (I can get my dog ​​on its back by rubbing her belly—much easier and without the drama.)

Ruth Hegarty (Massachusetts) I was told to simulate “mounting” my dog ​​to show that I was pack leader. I did not try this.

Danielle Wilson (Connecticut) To break up a dog fight, stick a finger up their bootie hole!

Teri Thorsteinson (Oregon) The first one that popped into my mind was, “You don’t have to do slow new pet introductions. Just let them work it out!”

Mara Velez (California) Re: dog-dog interactions—“Let them work it out.”

Candice Masters (South Carolina) Let them fight it out.

Denise Nuttall (United Kingdom) To prevent food guarding, you should take away your dog’s food bowl.

Denise O’Moore (Ireland) To stop unwanted barking, grab their muzzle and hold tight. If They catch their tongue in their teeth and it hurts, even better, as they won’t be so quick to try it again.

Jennie Willoughby (California) I own a grooming shop. One of my clients is an (online) “certified” trainer. Her own dog jumped up and mouthed me. The client tells me,”You know the best way to stop that is to shove your fist down their throat. If that doesn’t work, then grab his tongue and twist.”

Summer Storm Kingery DVM (North Carolina) If your dog digs a hole, fill it with water then hold their head under for 30 seconds.

Brae Raphael (Oregon) This one from CM: to make a scared dog more confident, lift his tucked tail out from under him—and use a leash manually to hold the tail up.

Jaxon Riley (Washington) Am I the only one hoping these individuals get what they are recommending done to them? WTH, how about treating your dog with love, stability, and don’t inflict pain on it?!

When we know better, we do better. I hope that’s true for you, too.