They’re the wide-eyed, flat-faced, companion dogs who’ve soared in popularity this century. But now pugs have been described as a poor pet choice – and their health problems mean that some vets are now warning humans not to buy them.

According to new research from the UK’s Royal Veterinary College (RVC), pugs are almost twice as likely to experience one or more disorders annually compared to other breeds of dog.

In some cases, pugs are so much more prone to life-altering or lethal conditions that the report suggests they can no longer be considered “a typical dog.”

How do you join NATO?

Boxing away stress in Kyiv 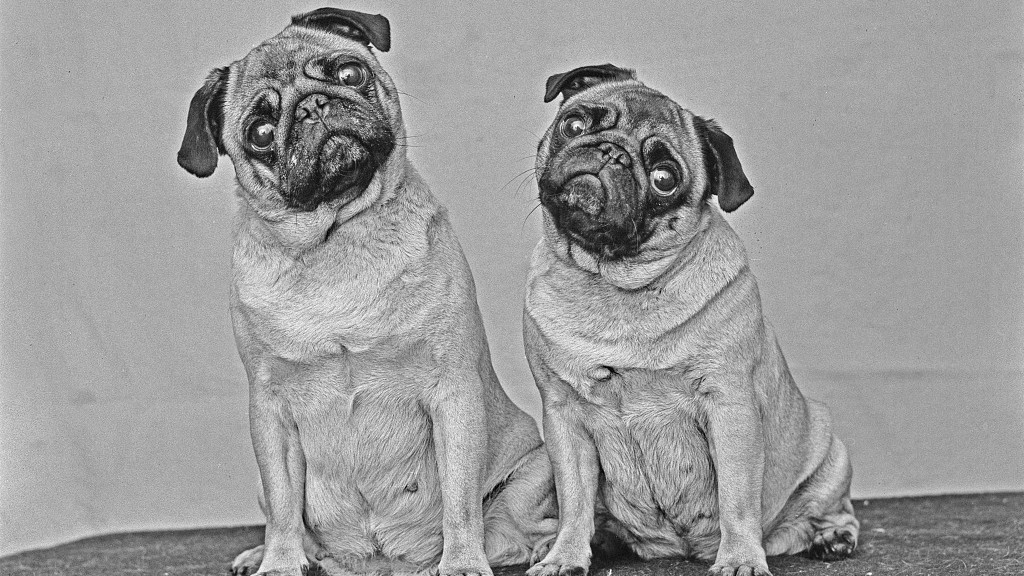 Two pug dogs at the Crufts Dog Show at Olympia, London, in 1965. Since then they have become more popular – but more at risk. /Evening Standard/Hulton Archive/Getty Images via CFP

Two pug dogs at the Crufts Dog Show at Olympia, London, in 1965. Since then they have become more popular – but more at risk. /Evening Standard/Hulton Archive/Getty Images via CFP

Comparing the 40 most common canine disorders, the research – published in Canine Medicine and Genetics – showed pugs have a higher than average risk in 23 categories, and a below-average risk in only seven.

The most marked difference is in brachycephalic obstructive airway syndrome (BOAS) – brachycephalic meaning flat-faced, the pug’s most well-known feature. Pugs are an astonishing 54 times more prone to BOAS than the average dog breed. 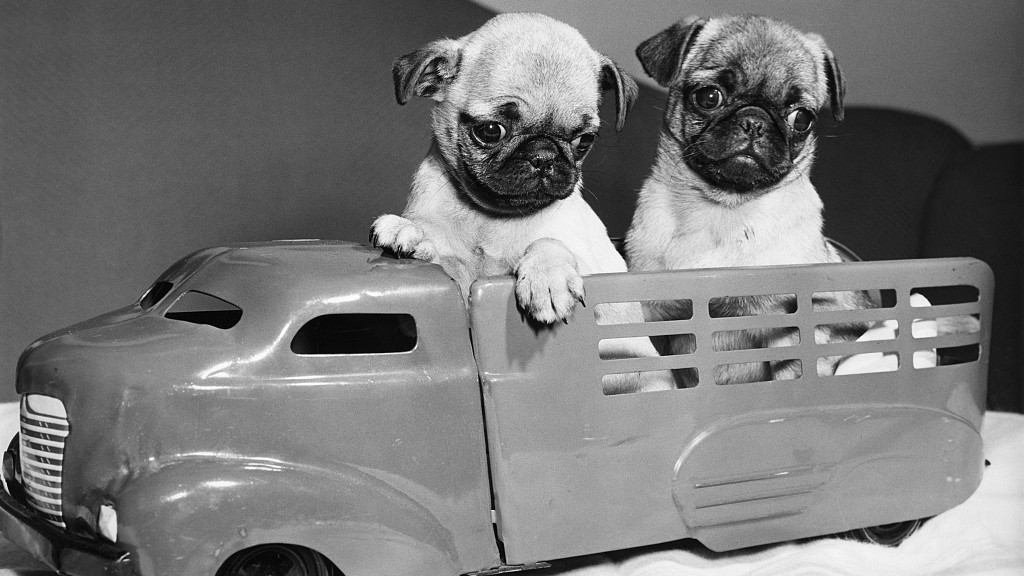 The research strongly suggests that pugs are put at risk due to their body types, and that to correct this, the shape must become more moderate and less extreme. The advice is to “stop and think before buying a flat-faced dog.”

From China to royal courts to Hollywood

Pugs originally came from China, where they were popular in the Imperial Court of the Song dynasty (960-1279AD). They were popularized in Western Europe by various monarchies – the pug became the official dog of the Netherlands’ House of Orange in 1572, later being adopted by the British House of Stuart (1603-1714) and adored by the UK’s 19th-century Queen Victoria .

Pugs have also seen in popularity during this century. The Kennel Club, which oversees breed registrations in the UK, documented a fivefold rise in pug ownership between 2005 and 2017.

This uptick has been ascribed to more media visibility for the breed, such as recurring character Frank in the Men in Black movie franchise, Paris Hilton was often paparazzi-snapped with her pug in Hollywood, while Doug the Pug collected more than 18 million social media followers and a billion video views. 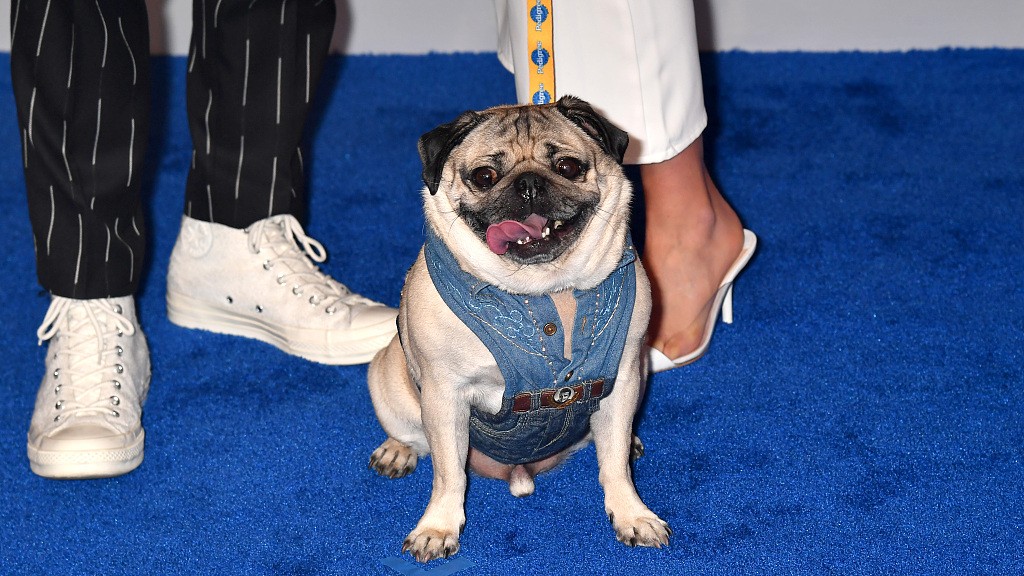 However, the popularity has come at a cost, with some breeders accentuating the pug’s more extreme features – to the dog’s detriment.

Reacting to the research, British Veterinary Association president Justine Shotton said: “These statistics are shocking but, sadly, they will not be surprising to our members.

“Vet teams see pugs with these distressing health problems – from painful breathing difficulties to eye ulcers and spine abnormalities – in veterinary practices across the UK on a daily basis.

“This study clearly demonstrates how it is the extreme characteristics of many owners find so appealing, such as squashed faces, big eyes and curly tails, which are seriously compromising pugs’ health and welfare and often result in a lifetime of suffering.

“While these extreme, unhealthy characteristics remain, we will continue to strongly recommend potential owners do not buy brachycephalic breeds such as pugs.”

Controlling the breeders and educating the public

“Dogs with exaggerated features which are bred and bought irresponsibly are one of The Kennel Club’s biggest concerns,” he said. “Sadly, certain exaggerations that can cause health issues are often perceived as ‘cute’ or ‘normal’ for the breed and, worryingly, desirable by pet owners too.” 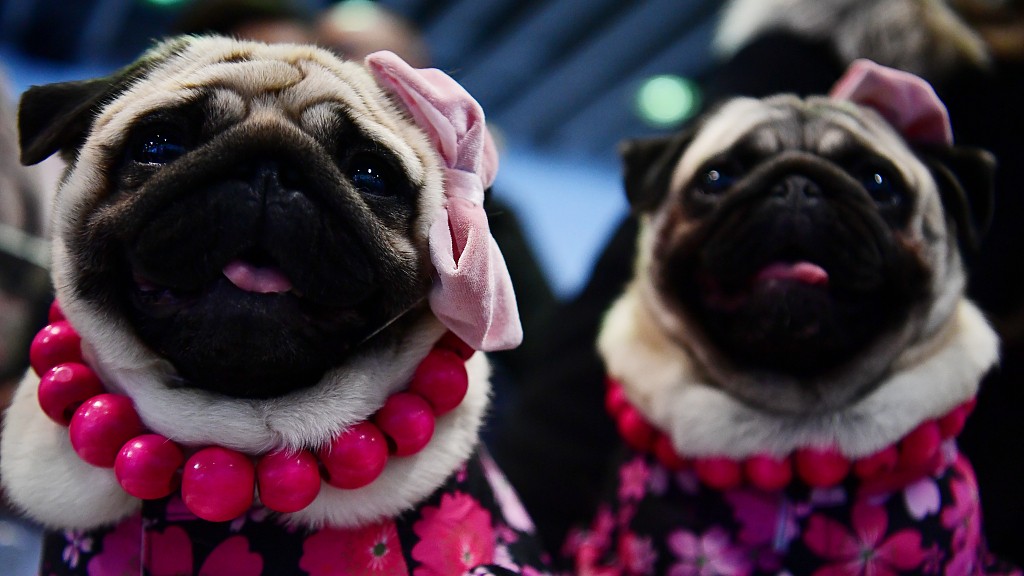 ‘The Pugdashians’ attend an event ahead of the 143rd Westminster Kennel Club Dog Show in New York City. /Sarah Stier/Getty Images via CFP

‘The Pugdashians’ attend an event ahead of the 143rd Westminster Kennel Club Dog Show in New York City. /Sarah Stier/Getty Images via CFP

Lambert said work is needed to “curb the increasing numbers of rogue breeders, who are outside of any sphere of influence and are producing dogs with no regard for welfare” – but also to “educate the general public, many of whom simply don’t seem to be aware of the potential issues that some of these dogs face.”

These words were echoed by Dan O’Neill, the paper’s lead author and an associate professor in companion animal epidemiology at the RVC.

“We now know that several severe health issues are linked to the extreme body shape of pugs that many humans find so cute,” he said. “It is time now that we focus on the health of the dog rather than the whims of the owner when we are choosing what type of dog to own.”